While it was impossible to hold scheduled events like Robot Day at The Works this spring, there’s no reason we can’t take a moment to celebrate science from afar! The premiere academic sponsor of The Works Museum, Shattuck-St. Mary’s School in Faribault, hosts a wide variety of engineering projects that highlight student creativity, innovation, and problem-solving. SSM was excited to foster a love of robotics and engineering in young children by featuring some of the projects our student-engineers have been working on this year at The Works on Robot Day. So, we thought we’d feature them here instead, so museumgoers can get a glimpse of what the big kids have been up to! 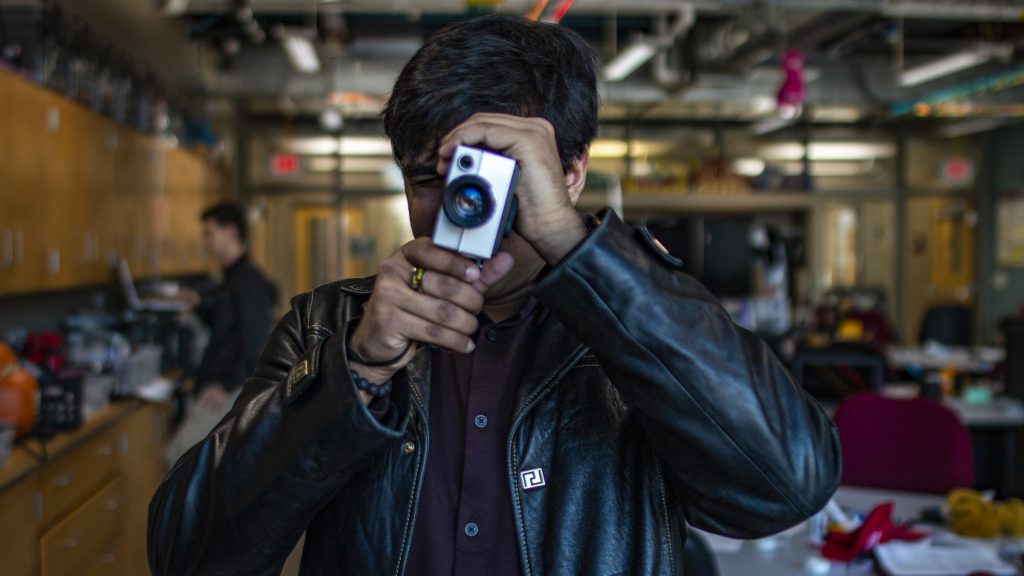 One of the fun things about robotics is using different sensors. Some track colored lines, some halt at obstructions, some respond to light, and more. Neo decided to employ some of these sensors in his project to take an old Super 8 camera that uses film and modify it to obtain footage digitally. This means building a digital film cartridge that fits inside the Super 8 camera that contains a mic. When the mic detects the sound of the Super 8’s motor, it sends a signal to a computer, that then stores all the information from the Super 8 on a micro SD card. While the camera isn’t exactly a robot, it’s cool to see how robotics can still be used in how the camera works. 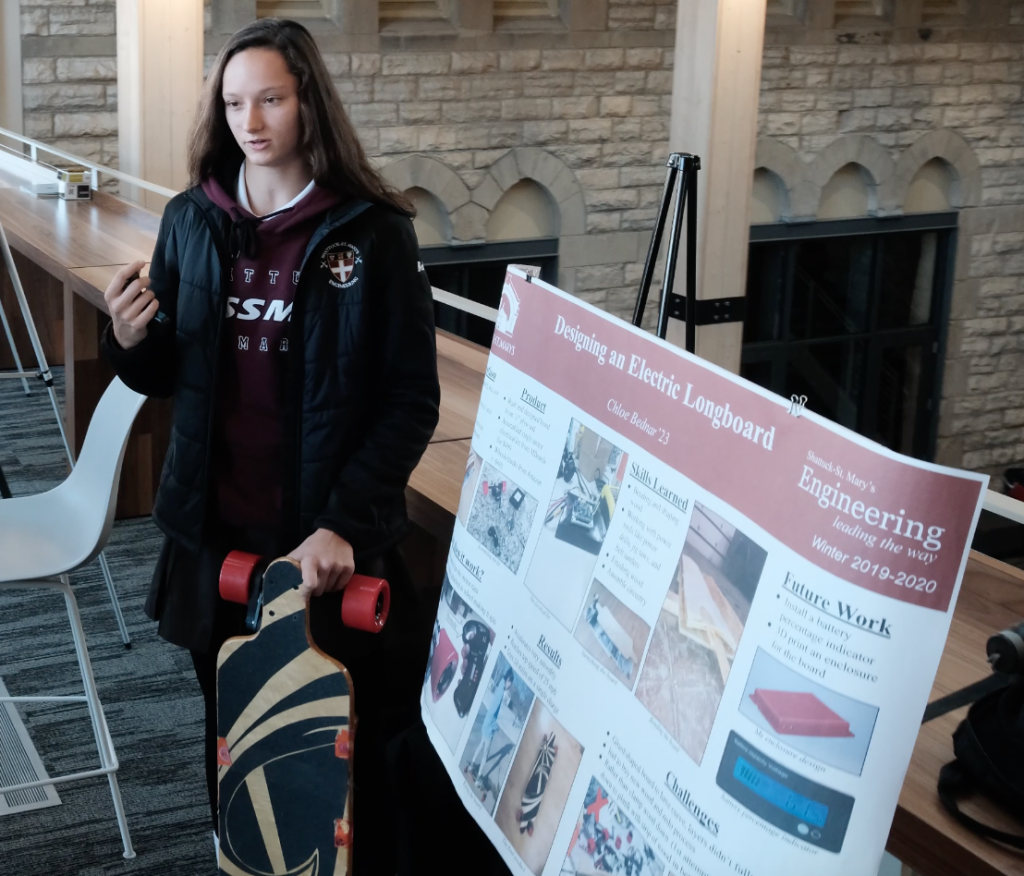 What’s better than longboarding outside? Making it electric! Chloe decided to design and build her own longboard out of plywood, along with wheels that she purchased online. Then, she assembled the motor from a single motor electrical kit from MBoards, a do-it-yourself skateboarding company. As a result, the electric longboard accelerates smoothly, can move up to 25 miles per hour, and can go 10 miles on a single charge. Her next step is to install a battery percentage indicator! 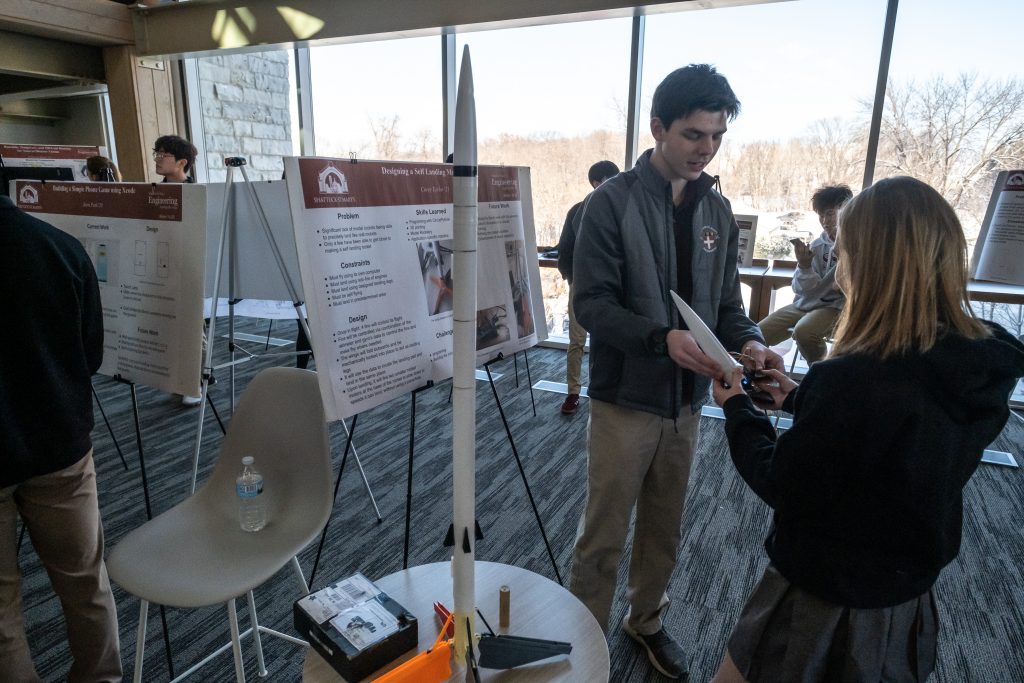 Have you ever made a bottle rocket in your front yard? Corey took that project one step further by designing and building a model rocket that can fly using its own computer and will land using its own engines and landing legs in a predetermined landing pad. The tricky part is to get the wings and engines to work together with the rocket’s sensors once they locate the landing pad! 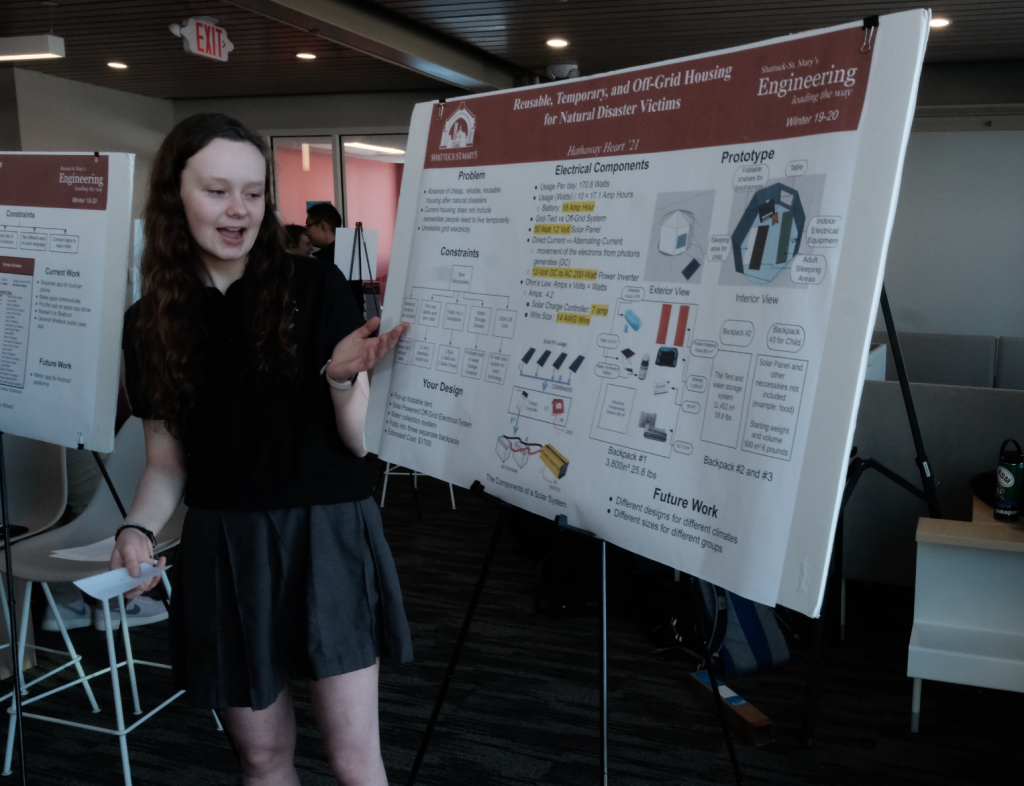 Hathaway decided to take a more global approach to her project. She saw the absence of cheap, reliable housing after natural disasters, and decided to design a prototype to fill that need. Her design includes a pop-up foldable tent, a solar-powered “off the grid” electrical system, and a water collection system that all folds into three separate backpacks. As she works on building a prototype, her future work will include adapting the design for different climates.

These students and their peers are members of the Engineering Center of Excellence program at Shattuck-St. Mary’s School, which provides real, hands-on design and fabrication opportunities for high schoolers, while also preparing students for the rigors of college. While we were sad to miss Robot Day at The Works in light of the current situation worldwide, we hope that this “Virtual Robot Day” experience gives you a glimpse of what the wide world of engineering has to offer!

Alex Jones is the Director of the Engineering Center of Excellence program at Shattuck-St. Mary’s School. He earned a master’s degree in civil engineering from New Mexico State University and a Bachelor of Science degree in Geology from the University of Wisconsin-River Falls. He’s also currently completing final requirements to receive a master’s degree in education at UW-RF. He has worked as a senior engineer at Soil and Materials Engineers, Inc. in Kirtland, Ohio and as Engineer I at American Engineering Testing Inc. in St. Paul, Minn. before moving further into education.

About the Author: Kara Newby